The trucking community turned up in force on March 31 to take part in the annual Rise Above Cancer Convoy in Canberra, raising much-needed funds for families suffering from the dreaded disease. Warren Aitken reports

"If it wasn’t for the ‘truckie’ and ‘bikie’ community, Rise Above wouldn’t be here." Those are the words of Melissa Gardner, the CEO of Rise Above, a charitable organisation that looks after and supports nearly 500 families through the turmoil of dealing with cancer.

It’s Melissa’s job to raise the money to assist those families. Her admiration for the transport industry stemming from massive support from the truckies and bikies that has led to the growth of the Rise Above Cancer Convoy.

The Convoy has been going in one form or another for a couple of decades. Rise Above took over the running of the convoy in 2013 and Melissa and her team have grown it from 230 bikes and trucks to nearly 500 trucks and 300 motorbikes. It’s a huge event and it just keeps getting bigger.

This year I got my chance to experience the Capital Convoy firsthand and see how Rise Above has managed to raise nearly half a million dollars with the support of the community, some bikes, more than a handful of big rigs and eight naked truckies. We will get to that bit later.

While Canberra is the country’s capital it is by no means the biggest city around and the turnout each year for the convoy and for the cause is a testament to the community spirit that runs deep.

"Canberrians have pretty big hearts," Melissa says. She is not wrong. It wasn’t just the money raised that emphasised her point, the public acceptance of major delays to their roads as well as more than a few enthusiastic air horns throughout the Sunday parade shows how important this fundraising event is to the local community.

Convoy day, which was held on the March 31, turned out to be perfect. Yes, it may have been a little cold for those used to more humid conditions but when you line it up next to the previous day it was damn near tropical.

In fact, Sunday’s turnout was even more impressive considering during cleaning day on Saturday, the weather drifted between pouring rain, torrential rain, drizzling rain and rain.

With temperatures floating between ‘polishing in this weather is insane’ and ‘you are a tool, grab a beer and get inside’, hundreds of drivers, families and friends did get out and put in the hard yards. As they rolled into the staging area at 6am on Sunday all the hard work was worth it.

The trip took the convoy from the suburb of Beard, around the city, across the front of Lake Burley Griffin, up Gungahlin Drive and into Exhibition Park. There would have been more than a few drivers and passengers with sore arms after returning the waves of all the fans who turned out to watch.

There was hardly a reprieve for the driver’s air horns and waves as it seemed there were people at every vantage point on the 25km journey. Once the trucks arrived they quickly filled up the showgrounds.

Drivers and the public were then treated to food and entertainment including performances by Diesel and country rock band Hurricane Fall. Kids had their share of entertainment as well with plenty of rides and activities.

Stalls were set up and kept busy all day. Sadly, I can’t really elaborate on what they were selling as I found the food truck with the pulled pork nachos and lost interest in almost everything after that.

The bikes, the trucks and the music complemented by the weather topped off another successful year for the Rise Above Cancer Convoy.

Before you head off, special congratulations go to all those that bid so intensely for the lead truck position. The team at Elvin Group took out the lead truck spot with a bid of $40,000, followed with generous bids from TJS Transport, ICON water, EVO Energy, Tony Innaimo Transport, Bayldon Ag and Capital Heavy Vehicle Driver Training. There are very few of us that have not been affected by cancer and the generosity of all those involved was outstanding.

And finally, if you have read this story only to find out where the eight naked truckies fit in, well I’d really like to question your motives behind that. But I did mention that they had a fair bit to do with the event and the truth is their performance kicked off this year’s fundraising drive.

While the idea of a truckies strip show may have been Melissa’s, it came about when young Tristan Kilpatrick flippantly mentioned to Melissa last year, "sure Melissa, I’d do anything to help".

Twelve months later he has managed to stitch up seven others, there have been a few beers and ciders consumed and a couple of dance and choreography classes before ‘The Not so Full Monty’ show hit the stage at the Queanbeyan’s Roos Club to a sold-out audience. The $14,000 raised kicked off this year’s total.

So full credit to those boys; it takes a lot of balls to do that in front of a room full of people, but hey, that’s what the crowd were there for after all. Like I said, a successful convoy, and well done to everyone involved. 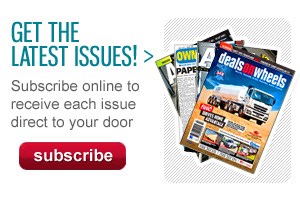 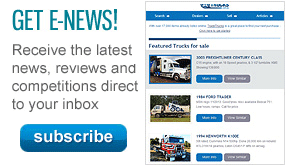